Little Toot is a children’s story written and illustrated by Hardie Gramatky in 1939. It tells the story of Little Toot, an anthropomorphic tugboat child, who thought that work was a joke, and preferred to play around making figure 8s, and other games, that irritate the other tugboats, who call him a “Sissy”. He is rejected by the tugboat community and dejectedly drifts out to sea, where he accidentally discovers a shipwrecked liner and a chance to prove his worth.

The book (G. P. Putnam’s Sons first children’s book) has been continually in print for 71 years. In 2007, in honor of what would have been Hardie Gramatky’s 100th birthday, Penguin Putnam publishers rescanned the original artwork, added nine original full-color sketches by the illustrator, and brought back detailed endpapers so the book has been restored to its first-edition colors and vibrancy. The correct International Standard Book Number is 9780399247132. Daniel Pinkwater and Scott Simon read and raved about the restored classic edition (“Hardie Gramatky never speaks down to children”) on NPR’s Weekend Edition in October 2007.

In the animated Disney version, Little Toot actually disgraces his father “Big Toot” with his childish antics, and is exiled from the harbor. There he learns that he must give up his foolishness and grow up in order to earn the respect of the other boats and of his father.

The story appeared in an animated segment of the Walt Disney Studios film Melody Time in 1948, with the story being sung by the Andrews Sisters with Vic Schoen providing the background musical score. When Capitol Records produced a record with the Little Toot song, it was the first children’s record to hit the 1,000,000 sales mark on Billboard, according to then-president Alan Livingston.

There was also another movie based on Little Toot released in 1992, called The New Adventures of Little Toot. It featured Sam Vincent as the voice of the title character. 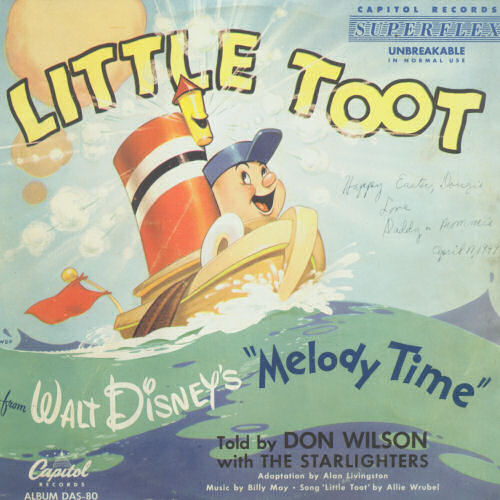 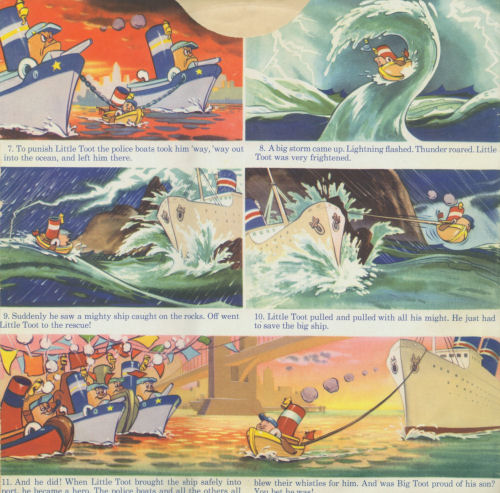